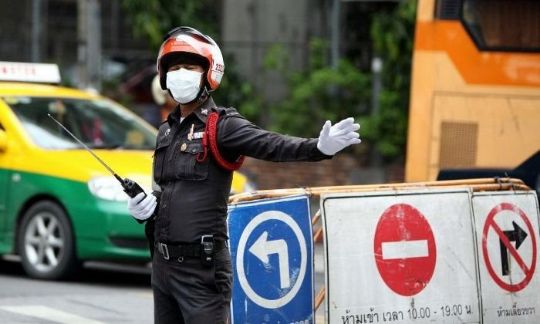 REVEALED: Limit motorcycles to 50 kmph and start training in the kindergarten

Plans have been announced to limit the speed of motorcycles to just 50 kilometers per hour in Bangkok.
This came after it was revealed that a staggering near 99% of fatalities from road accidents in the capital last year involved motorcycles.
Also training in motorcycle usage and awareness should start in the kindergarten.
The proposed new speed limits are among a swathe of measures being considered by Pornthep Siriwanarangsan’s committee at the Bangkok Council.
The committee is looking into how to limit the road death and injury toll in Bangkok and is making recommendations.
The committee heard on Wednesday that there were 621 deaths in road accidents in Bangkok last year amounting to about two per day.
Of these 98.71% involved motorcycles.
It was proposed that motorcycles be limited to 50 kmph, cars to 80 kmph, trucks over 1,200 kilograms 60 kmph and tow trucks 45 kmph.
Extra CCTV cameras designed to catch people speeding should be installed.
Other ideas proposed included improvements to how the injured are taken to hospital, installation of more CCTV enforcement cameras, changes to roads to enhance safety and training in schools about motorcycle use from the kindergarten up.
The proposals met with approval from the committee and have been forwarded to higher level decision makers for consideration.
Thaivisa notes that the metropolitan area of Bangkok has one of the lowest fatal accident rates of any of the provinces in Thailand. A couple of years ago it was listed as just the third worst for fatalities in the country.
The WHO (Thailand) site says that a blanket 80 kmph speed limit already exists in Bangkok and other urban areas but this is one of the highest in the world, notes Source: Thaivisa.
Thai Driver´s License, learn more

Thai driver’s license how to apply

How to get a medical certificate for Thai driver´s license